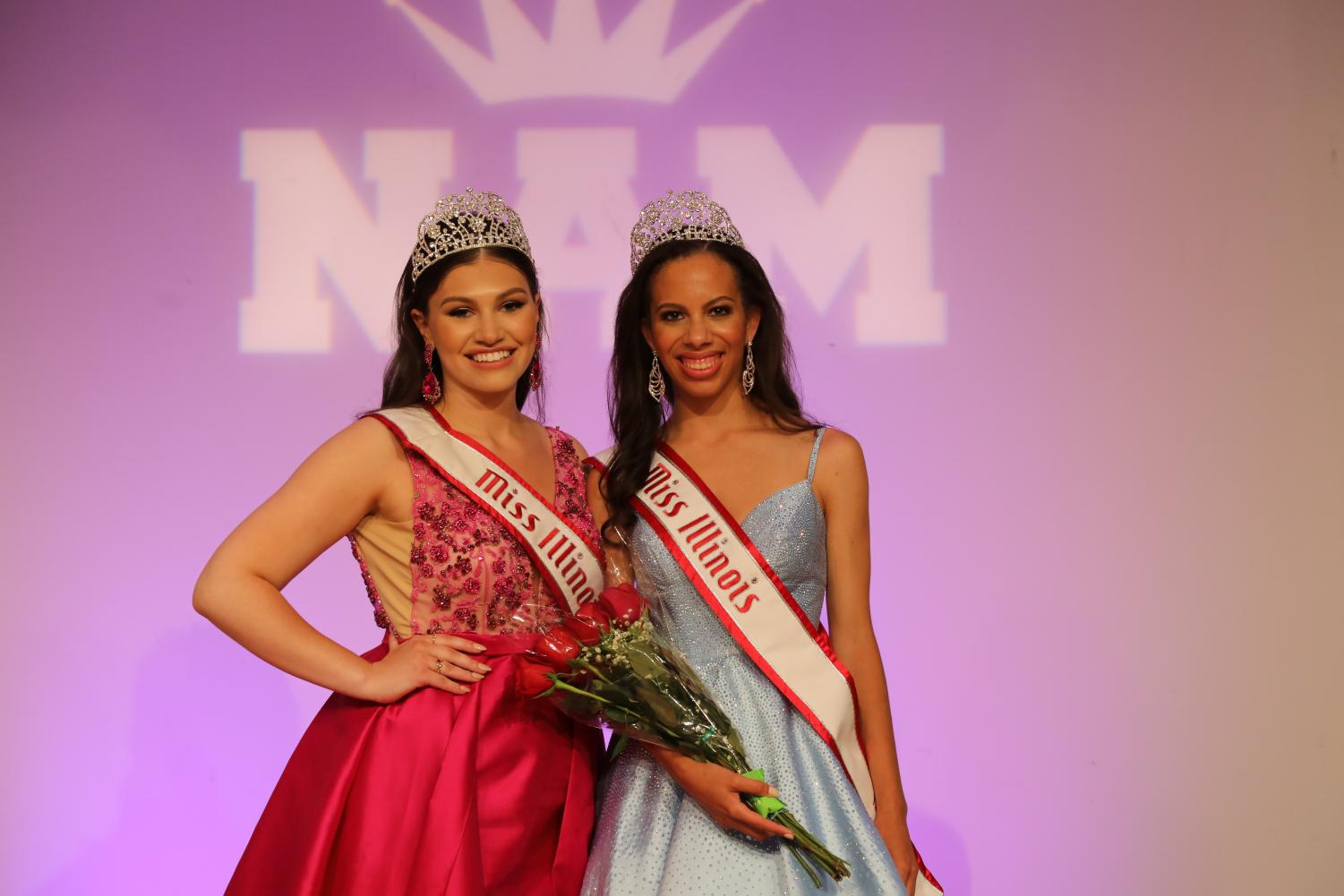 From the audience, a pageant may appear to be all about the glitz and glamour. Not everyone sees the hard work that goes on behind-the-scenes.

As a pageant contestant myself, I spend my time on the weekends practicing interview questions. Sometimes I put on heels and practice the formal wear walking pattern. I deliberate which earrings to wear, which makeup artist to hire, which rehearsal outfit to pack. I pretend the TV remote is a microphone and practice my personal introduction speech.

Some might consider pageantry to be an unusual hobby. The pageant world is dramatized by misconceptions — some say it’s rigged, it’s sexist, it’s outdated. But I know firsthand that pageantry is much more than swimsuits and thin women doused in spray tan and caked with makeup.

When I competed in my first pageant in 2017, I actually didn’t wear makeup at all. It was the National American Miss (NAM) state pageant, which is considered a “natural pageant” system, meaning the youngest age divisions (Princess, Jr. Pre-Teen, and Pre-Teen) aren’t allowed to wear makeup. This keeps the pageant age-appropriate and the focus on inner beauty.

At thirteen, I was at the older end of the Pre-Teens and accustomed to wearing makeup daily. Being forced to take a break from it helped me become more comfortable in my own skin, which is a main goal of a natural pageant. Now that I’m in the Teen division, I do wear makeup when I compete, but I have a better understanding that the point of the pageant is not to judge girls on their looks, it’s to help girls develop life skills in the three required competitions: personal introduction, formal wear, and interview.

One of the more advantageous skills I’ve gained from pageantry is public speaking, which is judged in the personal introduction competition. I was terrified of it the first time, so I practiced my speech so much that I could deliver it by muscle memory. I hid my nerves with a smile, looked each judge in the eye as I spoke, and it was over in 30 seconds. I walked offstage with shaky knees and a newfound feeling of confidence. If I could conquer personal introduction, if I could conquer public speaking, I could conquer anything — even the interview.

The interview is round-robin style: each of the five or six judges sits at their own table, and each contestant spends about a minute being interviewed by each judge. The judges can ask questions like, What’s your biggest accomplishment? How are you involved in your community? Why do you want to be the next titleholder? The experience is meant to prepare girls for future job interviews.

As I waited with my resume in hand for my turn in the interview room, I took deep breaths and tried to draw on the cool confidence of the other more experienced pageant girls. After the interview, I remember thinking, That wasn’t as bad as I thought it would be.

I didn’t place that year, but I won the talent and photogenic optional contests, which qualified me for nationals. I packed my bags and flew to Anaheim, California, that November. At talent rehearsals, a girl I’d never met before sat down in the chair next to me.

“Hi! My name is Celia, I live in Florida. Are you a Pre-Teen, too? I’m competing in the All-American division. What’s your talent? I’m so excited for all the optionals!”

Most pageant girls are like that: bubbly, outgoing, incredibly friendly. Sure, some girls are more covetous and competitive, but for the most part, the sweet sportsmanship I’ve experienced in pageantry has fostered lasting friendships.

I’ve been competing in pageants every year since then (except for 2020). I’ve gained friends across the nation and a closet full of dresses. But as much as I love the friendships, the spotlight, and the crowns, the biggest thing I’ve gained from pageantry is a profound confidence that I’ve carried and cultivated since I started in 2017.

Quiet, shy middle-school me would have never imagined that she would grow to enjoy public speaking and talking to strangers, but she did. It’s all due to the fact that every girl is celebrated at National American Miss. The encouraging, inclusive atmosphere—not to mention the diversity of the titleholders, judges, and staff—is what brings girls back year after year.

I made sure to bring the skills and positive attitude I’d learned from my years of pageantry with me when I walked into the 2021 NAM state pageant this summer. I’d spent months honing my interview skills in preparation for the Miss Illinois’ Outstanding Teen pageant (the teen version of Miss America), which I’d competed in the month before. I’d spent a year building my platform, a social media campaign called Protecting Planet A. I felt ready to take on the responsibilities of a state title.

The pageant took place in Indianapolis over 4th of July weekend. During the finale on Monday night, I was called into the Top 5. I stood onstage with the other finalists, and the emcee called 4th, 3rd, and 2nd runner-up, and none of the names were mine.

It was me and one other girl. They don’t call your name when you win; they call the 1st runner-up, so we were each hoping the name called wasn’t our own. We didn’t do the holding hands thing that you see on TV; partially because of COVID-19, and partially because the emcee was moving the show along so fast that we didn’t have time to think of it.

Before I knew it, the emcee announced the first runner-up.

And it wasn’t me.

I’d practiced my crowning moment in the mirror plenty of times (every pageant girl does), but it was way more overwhelming in real life.

I pointed to God in gratitude.

I hugged my friend Courtney, the outgoing queen.

Then I watched the red banner that I’d worked so hard for come over my head and settle on my shoulders.

I signed my contract, had a photoshoot, and took a million pictures.

I drove home with the crown and banner in my lap, thinking of the six other girls driving home without it, and vowed to make the most of my year.

In the two months since then, I’ve donated school supplies and food, volunteered at a summer camp, donated hurricane relief supplies to Dominica, had a photoshoot in Chicago with my sister queens, spoken to the Lake Zurich Village Board about Protecting Planet A, attended the Wisconsin/Minnesota pageant as visiting royalty, been interviewed for a podcast series and a video series, and more.

Most of those things don’t even require a crown, but without pageantry I wouldn’t have been empowered to create Protecting Planet A, or had the confidence to speak to the Village Board, or understood the importance of giving back to my community.

Now, public speaking doesn’t phase me. Interview is actually my favorite of the required competitions, and I’ll have a leg up in any job interview I do in the future.

I’ve heard countless stories like mine; one of my pageant friends was so nervous that she cried during her first pageant interview. She’s currently holding her second NAM state title.

If I had one complaint about my pageant journey, it’s that I wish I had started it sooner. From runways to volunteering, pageantry to me isn’t shallow or toxic; it’s all about empowerment and community service. It has adapted to the modern world, and I believe it will continue to instill confidence in young girls for many years to come.