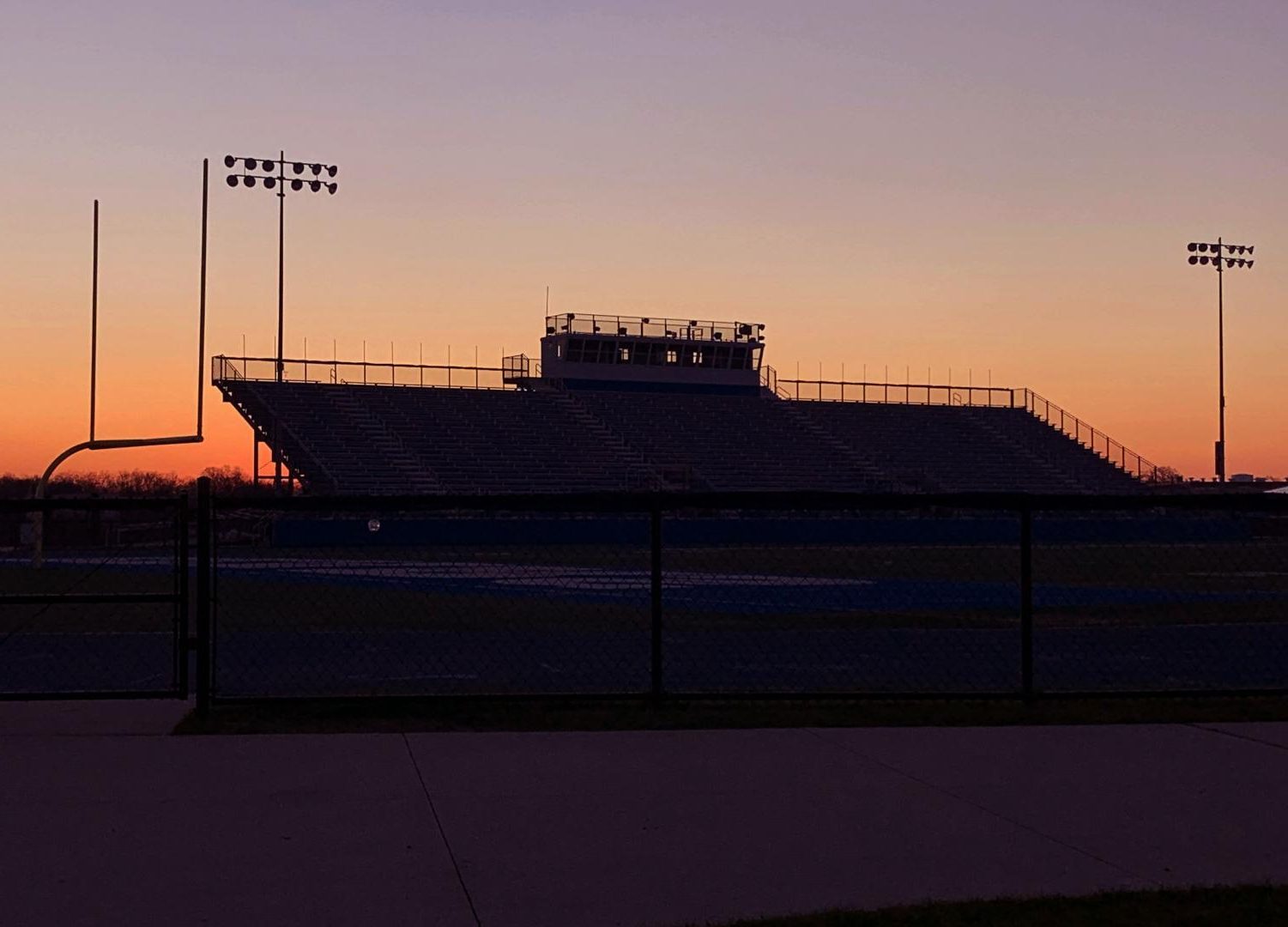 The stadium lights have been dim this fall, turning what would have been “Friday Night Lights” into “Friday Night No-Lights”. There were many events throughout 2020 that led to this point in High School Sports, and Bear Facts takes a look back at those events. (Photo by Alex Ketcham)

The stadium lights have been dim this fall, turning what would have been “Friday Night Lights” into “Friday Night No-Lights”. There were many events throughout 2020 that led to this point in High School Sports, and Bear Facts takes a look back at those events.

Reflecting on Sports in 2020

Sports were immediately put on the backburner in both Lake Zurich and the world last Spring when the COVID-19 pandemic struck. What has happened since March 13 has turned student-athletes’ worlds upside down. It turned what would have been a semester of wild sporting events, rowdy student sections, and possible State runs in all sports into a semester of “Friday Night No-Lights”, as seen above. Bear Facts takes a look at how sports got to this point and what’s next in high school sports.

Back on March 13, no one could have predicted what the world of sports would look like going forward, especially for Illinois high schools, so many coaches and players had to take it day by day and week by week. Everything was up in the air about school sports and still is now.

“So initially we were just in shock and kind of confused as to why sports were getting canceled, but then when school started being canceled and the pandemic started to ramp up and, obviously came to fruition, it was understandable,” Drew Krueger, senior baseball player, said.

The sudden cancellations led many athletes to pose questions to their coaches and rely on any information they could provide, Ashleigh Stanovich, senior soccer player, says.

“Our coaches really didn’t know what was happening,” Stanovich said. “They just assumed that we’d be back after two weeks like everyone else did, but they were good about getting information and updates to us.”

Along with athletes, coaches also had many questions about the state of this school year’s season, according to Terry Coughlin, boys varsity basketball coach.

“At that point [when the school shut down March 13], we knew that we weren’t gonna be able to offer anything in the spring so we kind of sent our guys things they can do at home so should we distance on their own if they were going stir crazy like some bodyweight workouts where all you needed was a few feet of space,” Coughlin said. “We were constantly adjusting, and so that’s when we knew we weren’t about going to be in-person and then we had summer camp planned. Then, unfortunately, we had the COVID outbreak in the community and the Department of Public Health suggested that we shut down camps this summer so our camp opportunity was taken away.”

The camps Coughlin refers to are when Lake Zurich made national news in July where there were large outbreaks associated with the timing of sports camps within the Football, Baseball, and Poms teams, forcing camps to shut down. This led to more time where athletes were unable to practice and play.

Anytime you hit adversity, there is an opportunity. So let’s try to find that opportunity instead of looking at what we don’t get to do because that is out of our control”

Although school sports in the Spring and Summer were canceled, many sports with club teams in the areas were still able to have a season, according to Krueger, who played with Lake County Stars, a local club team, this past summer. During the club season, players and coaches in games and tournaments were held to high standards of safety protocols in order to play. Players hope schools can use these club seasons as evidence to be able to safely have a school season.

“My coaches were really strict about masks and [distancing in the] dugout and everything like that, which I feel like in hindsight the school could have done it, but when the school canceled sports everybody had no idea what was going on. So I don’t really think the schools had a choice,” Krueger said.

Looking forward to this school year, student-athletes, especially those who did not get to participate in the spring, are hopeful to have a Spring season, Stanovich says.

“I don’t know what’s going to happen but I really hope there will be a spring season because I’ve only played two seasons so far,” Stanovich said. “I am really hoping to be able to have a senior season after not having a junior season.”

The effect on the cancelations heavily affected athletes both athletically and mentally, as the sports season can take up a large amount of time and commitment in their lives, Coughlin said.

“My heart hurts for our kids,” Coughlin said. “What I really want to say is, how proud I am of our group and their response since we’ve been back, and that I’m sure whatever comes our way they’ll respond exactly like they have there’ll be positive, they’ll stay together.”

Now that life is starting to adapt to COVID rather than merely fearing it, clubs and schools have started to reintroduce sports.

Girls and boys cross country, girls tennis, and girls and boys golf were allowed to continue with their season, and some sports have started to hold contact days.

While athletes and coaches are excited to be back, having to wear a mask while playing is a huge adjustment, according to Coughlin. Coughlin says he now needs to regulate how the athletes are doing physically and set aside more time for breaks.

Despite the challenges athletes and coaches are facing this year, they are still able to prepare for the possibility of having a season. The discussion of when seasons are taking place is still up in the air as everything is constantly changing. Even though their season has been moved to February by the IHSA, football has started to practice as a team while following the IHSA guidelines, according to Leo Dlatt, junior football player.

Dlatt says he is looking forward to the sense of camaraderie and competition that is a huge part of high school sports. He missed competing with his teammates, as well as “the atmosphere at school on Fridays and Friday Night Lights. The kind of the buzz around the games and [excitement], Dlatt said.

Dlatt says he believes that COVID has not been a total setback for the team, and they have been able to work and improve despite everything happening.

“Our team is working really hard right now, we’re putting in a lot of effort during this fall time when we can to get prepared. So when we have [a] shorter amount of time, in February and March, we can really work hard and make sure we know everything that we need to know,” Dlatt said.

During this unpredictable time, student-athletes including Kaylie Piggott, junior basketball player, have been participating in sports contact days in the building that take the place of traditional open gyms or early-season practices.

According to both Piggott and Dlatt, contact days are a good way to feel like they are still able to play the sports they love.

Although the process of getting back to full play is slow, Piggott has “[looked forward to seeing] everyone. I missed playing sports, because I have played sports my whole life so I’m just excited to be back, and that’s what’s motivating me.”

While student-athletes are hopeful of having a season, Coughlin and other coaches are taking a different approach. They are not focusing on whether the sport will get a season, but rather using this time as an opportunity to build a stronger community amongst their teams.

“Anytime you hit adversity, there is an opportunity so let’s try to find the opportunity instead of looking at what we don’t get to do, or may not get to do because that’s out of our control,” Coughlin said.