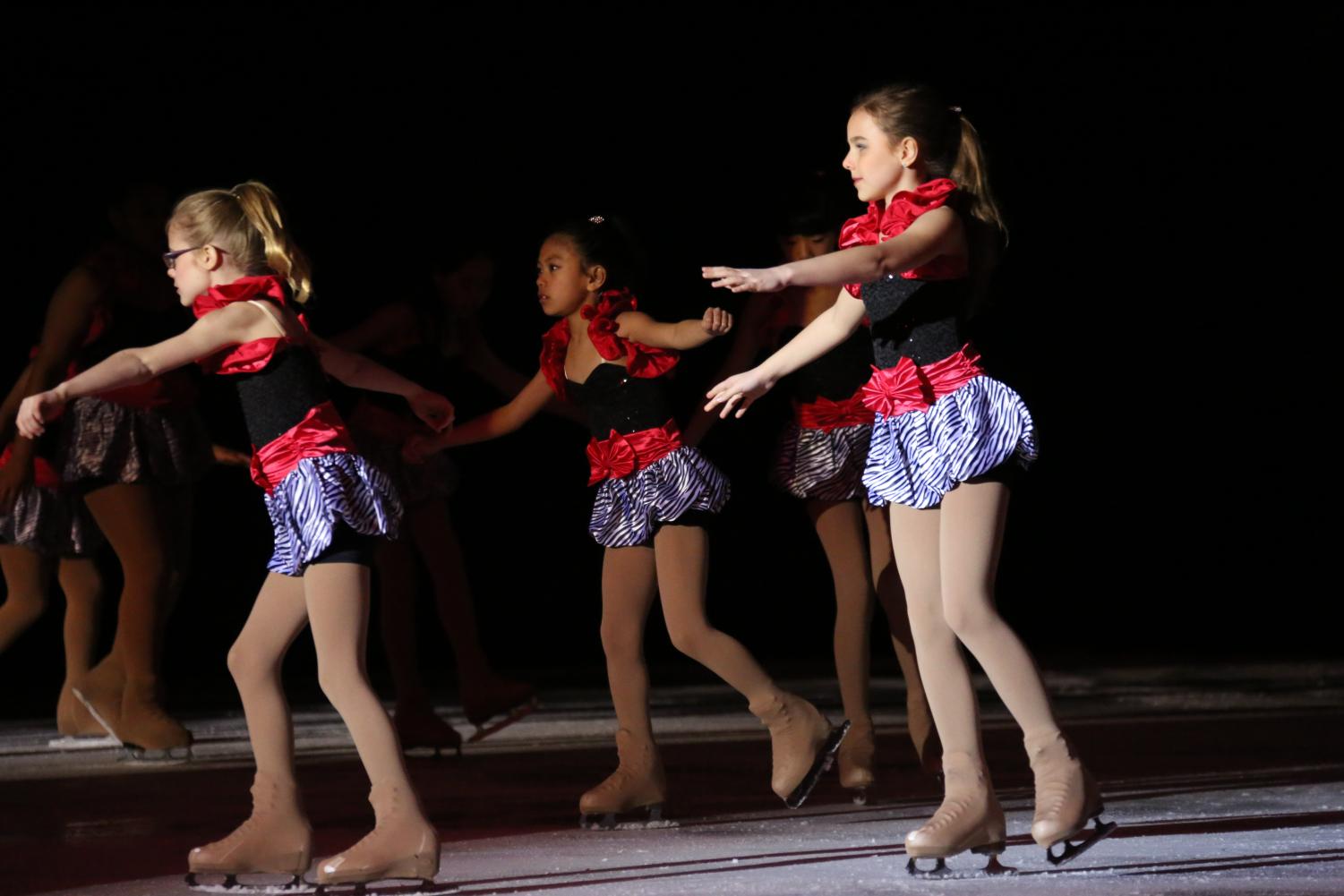 Czarnik is shown figure skating with friends at a recital when she was younger. (Photo by and used with the permission of Natalie Czarnik)

Czarnik is shown figure skating with friends at a recital when she was younger.

Photo by and used with the permission of Natalie Czarnik

Some kids spend their childhood dreaming about going pro or going to the Olympics; however, a poll from the National Alliance for Youth Sports found that “around 70 percent of kids in the United States stop playing organized sports by the age of 13 because ‘it’s just not fun anymore.’”

On top of sports and extracurriculars, younger generations are hit with the ultimate stress package: school, along with work and still trying to make time for friends and family. Although school may be one factor that leads to teenagers losing passion for their sport, several aspects come into play.

Take Natalie Czarnik, junior, for instance, who took up figure skating when she was nine years old and continued with the sport for a total of five years before she officially quit. Although Czarnik had time for figure skating during her early teen years, she says the added stress of high school made it difficult to keep up with the rigorous schedule.

“Through elementary school and middle school [figure skating] was less of a huge time commitment because it would just be on Saturday for two hours or so. I do theater and other activities as well, and those started to become even more of a time commitment,” Czarnik said.

Similarly, Alyssa Karavouzis, sophomore, who was previously a competitive gymnast, had practices every day per week for two hours, leading to her losing interest in the sport.

“I loved the competing aspects [of gymnastics], it was really fun for me. But on the other half, I just wasn’t happy anymore and it felt more like a chore to go practice,” Karavouzis said.

Eventually, the hassle of trying to juggle multiple responsibilities can take over, affecting an athlete’s ability to make time for both.

“There was one session of skating where I only went to four out of 13 classes, and I missed them all because I was focusing more on high school and I was really excited to try everything,” Czarnik said. “Then I started thinking about quitting because I felt bad for spending the money to keep up with maintaining my ice skates as well as classes and shows.”

Many former athletes who have devoted a lot of time to their sports have recently decided to quit their sports due to a loss of passion.

“I have seen it in a lot of my friends where they were the top of the softball or the basketball team and all these sports. And it was almost like timewise they had to choose one or the other since it was so demanding,” Czarnik said. “When they got into high school they completely switched sports because they were just so sick of all the demands.”

Karaouvis says she believes it is common for people in gymnastics to lose passion for the sport due to the environment, making some end up switching to a different sport that has similar aspects.

“I know a lot of people, specifically with gymnastics, who quit to [compete in] cheer because they are such similar sports,” Karaouvis said.

Instead of deciding to switch to a sport such as cheer like several of her previous teammates, upon entering high school, Karaouvis switched to color guard.

“I think I might have continued gymnastics with the school if I was still doing it, but now I have a whole friend group because I started doing color guard,” Karaouvis said. “I started it over quarantine, so basically my freshmen year as soon as COVID regulations were lifted.”

Although school is a major factor that can play a part in added stress in teenagers’ lives, some sports in particular are very physically challenging. Gymnastics has been named the “hardest sport physically,” according to an article by www.theodysseyonline.com. Along with the physical challenges that come with the sport, it can be extremely mentally challenging as well.

“I quit because it was a very biased sport, either the coaches really liked you or they really didn’t like you, or they just didn’t push you enough,” Karaouvis said. “There’s a lot of people I know that quit because they couldn’t reach their full potential at my gym.”

Eventually, the cons outweigh the pros of staying in a sport, leading to teens making the decision to pull the plug and quit. After Karaouvis quit gymnastics, much of her stress was alleviated.

“It was a relief because I didn’t have to go to practice or try and get out of practice anymore,” Karaouvis said. “I feel so much less stressed because I found something that I actually enjoy and that’s something I can actually look forward to.”

Czarnik felt many of the same emotions after choosing to not continue figure skating.

“It was a relief at first to have a little bit of extra time to myself, but also it felt weird. I was so used to having an organized schedule but then it all changed,” Czarnik said. “It was almost like the more I was at home with nothing to do I would think about [figure skating] more often, and that’s when I started to really miss it.”

Since Karaouvis officially quit her sport, she has had the chance to reflect on her journey and she says she is grateful she started it in the first place.

“I think it was an important baseline that I needed to do because of all the people I met while doing the sport,” Karaouvis.

In many of the same ways, Czarnik says she is glad figure skating was a part of her life.

“I don’t regret starting it at all. It was something that made me feel special because a lot of people would say ‘I play soccer,’ ‘oh I play this sport’ but I figure skated, which is pretty cool,” Czarnik said. “I miss it so much now but I had so many great memories from it and so much fun doing it that I don’t regret doing it at all.”