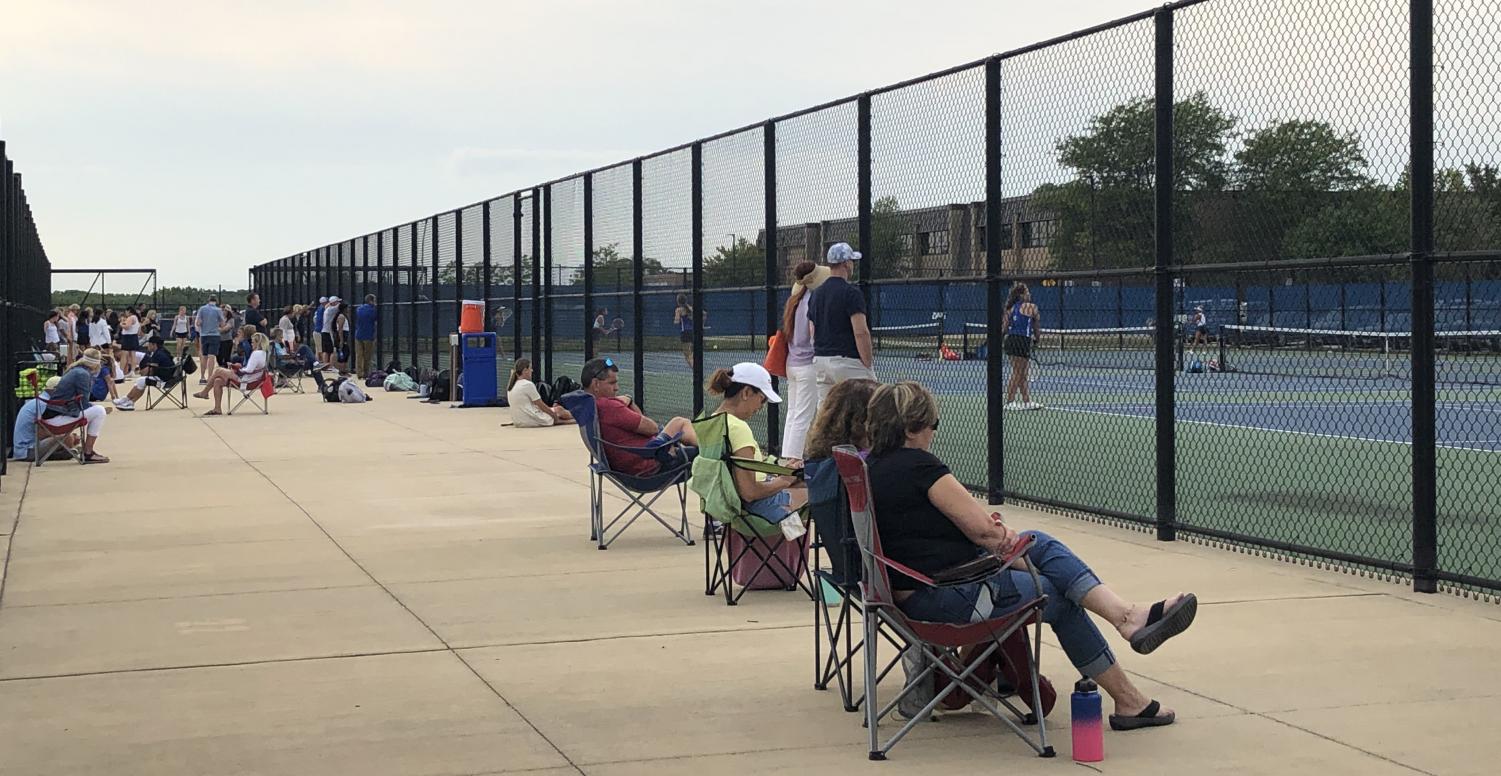 Family members of tennis players sit beside the courts to cheer on their children. (Photo by Sashrika Shyam)

Family members of tennis players sit beside the courts to cheer on their children.

The center of attention

Roughly 3,000 people attend football games on average, says the Athletic Office, but how many actually show up to a tennis or golf match? The Athletic office says that about 800 students go to varsity football games each Friday evening. For sports such as golf and tennis, players say they do not receive the same amount of fans or have the same turn out from students during matches.

“We usually just have families of members on the team show up to watch us play, so there is definitely not a big crowd,” Sarayu Alluri, junior tennis player, said.

“In one way it’s a pro because there’s not that added pressure, but it would be nice to have more fans cheering us on during matches.” ”

Abby Watt, senior and varsity golf player, has a different outlook on the amount of fans that usually attend golf matches.

“I don’t love playing for crowds, so that’s one thing I do like about golf. I feel like it’s a lot less pressure than playing with a huge crowd watching,” Watt said. “I like having [only] my parents or other players’ parents watching me as I play, that’s enough for me.”

According to Watt, “golf mainly attracts an older audience, and is kind of dying off among the younger generations.” As opposed to Football, which is heavily broadcasted in the media and has a higher level of exposure, Tennis and golf are not usually brought up until bigger matches take place.

“I think it all just has to do with the exposure of the sport. Football is constantly being brought up because the NFL is the number one money making sport. Whereas sports like golf and tennis really only get that popularity when Wimbledon and the Masters happen during the year,” Ron Planz, varsity football coach, said.

Football has been named the most popular sport in America according to playersbio.com. At LZHS roughly “135 to 150 players try out each year, ranging from freshman to senior,” Planz said. In comparison to other sports, for example tennis and golf, that players said about 20-30 students tried out for the upcoming season.

“Football is a no cut sport which could be one of the reasons why it’s so popular. I also think the timing of the year for [the football season] really helps, Planz said. “Football starts right when school starts, and then homecoming is built around Football. I think some of those traditions that have been around for a long time have helped make football become the popular sport that it is in Lake Zurich.”

Every Friday night, each of the  football teams play games, giving students a chance to come to cheer on the team in the stands. Rayna Kauffman, senior, and one of the student section leaders, says she helps lead the cheers to motivate the team. 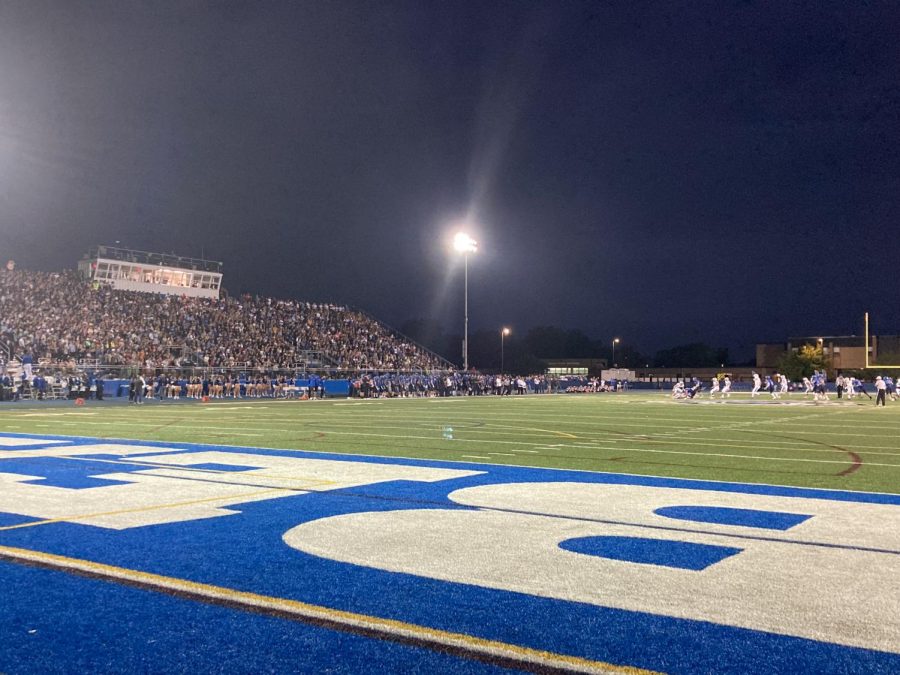 Gallery|2 Photos
Photo by Lindsey Bitzer
The stands are filled with fans from LZ coming out to cheer on the football team.

“There’s many whole crowd cheers and chants and we like to have everyone in the student participate. A lot of our cheers are with the band, like we correlate with the band conductors because we like doing swimming movements or fun cheers that go along with the band music.” Kauffman said.

The moments during games when the team scores a touchdown or during first down are the times when the crowd goes wild according to Kauffman. Being able to help motivate and lift up the players spirits was Kauffman’s dream since she went to her first football game as a freshman.

“The [fans] are the most important thing for us, it’s our 12th man. When we get the people up in the stands, going crazy and cheering and making noise, it really helps the players,” Planz said.

Going to football games has been a long tradition of Lake Zurich high school according to Kauffman. Football is “generally the sport that LZHS is known for and the players, students, and staff at LZHS take great pride in the program so we usually have the most student fans show up at the games compared to other sports,” Kauffman said. Although the popularity of sports may differ, players say they are able to rely on the support of their fellow teammates, making up for the loss of fans.

“I feel like our team does a good enough job at supporting each other, and our coaches do as well. They are great at encouraging and motivating us, even though we don’t have that many people watching,” Alluri said.

In the end, it is not about how popular one sport is compared to another, “it is about seeing your friends and family come out to watch you play and knowing that all the sacrifices that you made were worth it,” Planz said.