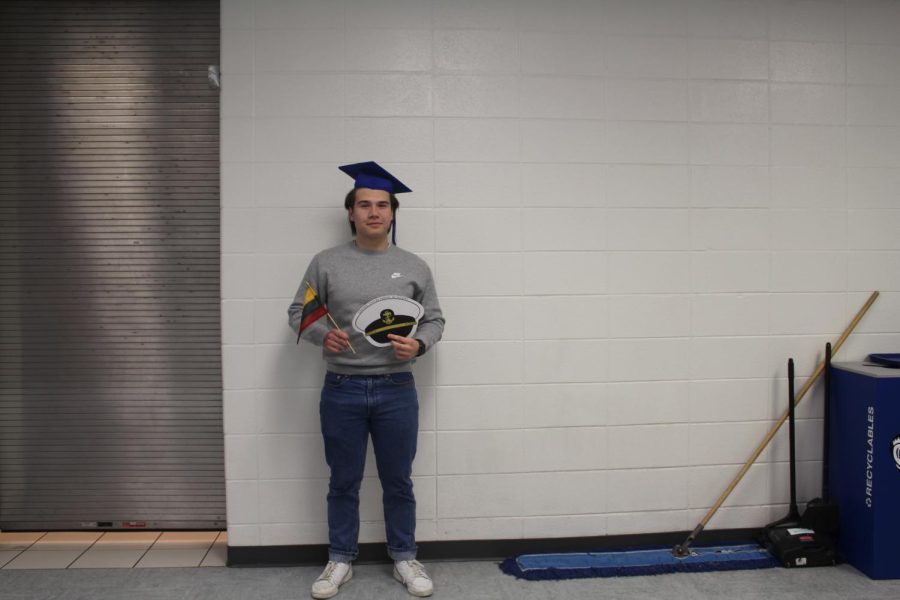 Sailing into a Navy career

Finding a path in life can be a difficult task. Determining a way to live the ideal life can be a source of stress. But for Emilis Vaitkus, senior, the answer to this dilemma was narrowing down his passion to three key traits: generosity, intelligence, and strength. This focused approach led him right to the Naval Academy.

Vaitkus says helping others has always been a passion of his, being largely influenced by his immigration from Lithuania when he was ten years old. Knowing how lucky he was to have the “comfortable American life” he does, Vaitkus says he wants to help people less fortunate than him as soon as he graduates, and in his sophomore year of high school, he started to research options that would allow him to do so.

However, the desire to help others wasn’t the only thing Vaitkus wanted to keep in mind. According to Vaitkus, his balance of “brains and brawn” is just as important. He wanted to find a career that would put both his intelligence and his strength to good use.

However, strength plays just as important a role, Vaitkus said, and he makes a clear effort to stay in shape throughout the year, whether that means playing for LZHS’ football team or working out during the off-season. And though he does find it challenging, Vaitkus says it’s a “good challenge that he can overcome.”

According to Vaitkus, he was looking for something to compliment every aspect of him; his mental and physical capacity, his generosity, and everything in between, from exploration to helping others across the sea. And that’s when he found the perfect opportunity: the Naval Academy.

And personality traits weren’t the only thing that made the Naval Academy seem fitting, Vaitkus said, as extensive discussions with both current and former serving members of the armed forces inspired him even further.

“[Speaking with the soldiers] helped me realize what I was getting into because if I didn’t have any outside sources to tell me what it’s like, I could have a clouded version of [the academy] in my mind. It really has helped me to talk with them and has inspired me, because they’re great, emotionally and physically strong people. I want to become that,” Vaitkus said.

And not only does he want to become as strong as those veterans, but he’s confident that he will, as Vaitkus says he won’t give up on his ambitions no matter how tempting the prospect may seem. He says he will keep his head held high and above all, will not lose the respect he has for himself.

“The main thing that keeps me going is self respect. Being respectful to the efforts I make and to my spirit stops me from dropping everything when something goes wrong,” Vaitkus said. “When I get burnt out, when I get tired, I just want to give up, but I have a little voice in the back of my head telling me not to give up. That’s what keeps me going.”