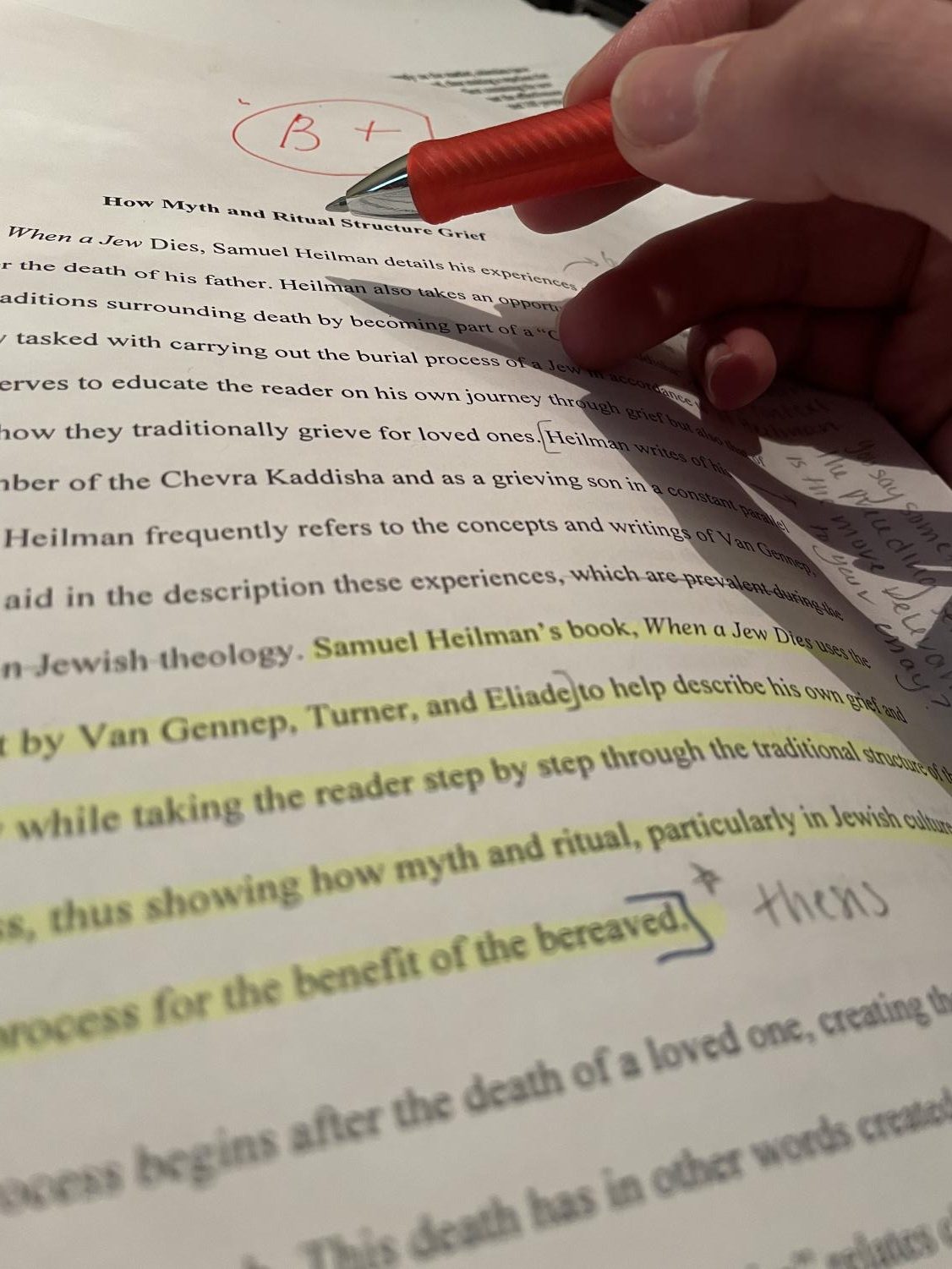 When students get a grade back, it has an impact on their motivation and confidence, according to Alexandra Shutkas, senior. While this usually only applies to students, Shutkas says there may be benefits to extending this kind of feedback to teachers, too. (Photo by Max Feldman)

When students get a grade back, it has an impact on their motivation and confidence, according to Alexandra Shutkas, senior. While this usually only applies to students, Shutkas says there may be benefits to extending this kind of feedback to teachers, too.

Should students be able to "grade" their teachers?

When graduating senior Alexandra Shutkas got a bad grade on a test a few weeks ago, she was unsure what to do.

Though Shutkas says she usually talks to the teacher about a retake and getting more help after class, she says this situation was “just different.” According to Shutkas, some teachers are more approachable than others, and some are better at “giving you support when you need it.”

Thinking back to her bad test grade, and all the grades she has received in the past few years, Shutkas says she felt it was always unfair for her to be graded when the teachers were not. In fact, Shutkas says there should be a change in the whole system.

“I think that we should be able to grade our teachers because if they grade us, we should have an equal opportunity to grade them,” Shutkas said.”If they’re grading us and they’re able to give us a letter on our work that we’re putting forth, we should grade them because that just shows that they’re giving us the information we need to learn to succeed and retain the information. If they don’t know what they’re doing and if they are not giving us the information we need to complete the assignments, then we won’t be able to be successful and it’s not fair.”

The entire education system can become fairer if students have a say, Shutkas says. Specifically, Shutkas says the administration should put out surveys to students about their teacher’s performance, and that administrators should take this feedback into account when evaluating teachers. Joy Grady, junior, agrees – she says that if students can express their opinions on their teacher’s performance, it will have a “positive effect” on future grade levels and the school as a whole.

“I feel like we definitely need a system for rating teachers because students know how they learn best and which teacher teaches the most effectively. ” Grady said. “[If there was] a google form sent to everyone’s email at the end of the year, students will feel more heard and they are more likely to share their opinions and give feedback on what works best for them in [their own] futures.”

Teachers and administrators from schools around the country have been testing surveys like these for years, and an article on edutopia.org gives one example of when a survey drastically produced results. In fact, after the teacher gave a 5 to 10 minute survey, Dr. Janice Lombardi, a school principal cited in the article, says “He got the information back, changed how he taught, and changed how he tutored. It changed and informed his instruction.”

While this feedback could inform instruction, some teachers may be hesitant about allowing students to voice their opinions. Shutkas says she understands this hesitation, since “some students can be immature and use the survey inappropriately. But you can’t let a couple of bad apples spoil the bunch. But if enough students came together and had a strong opinion, I think it would have an impact. It would make a difference, it should make a difference.”