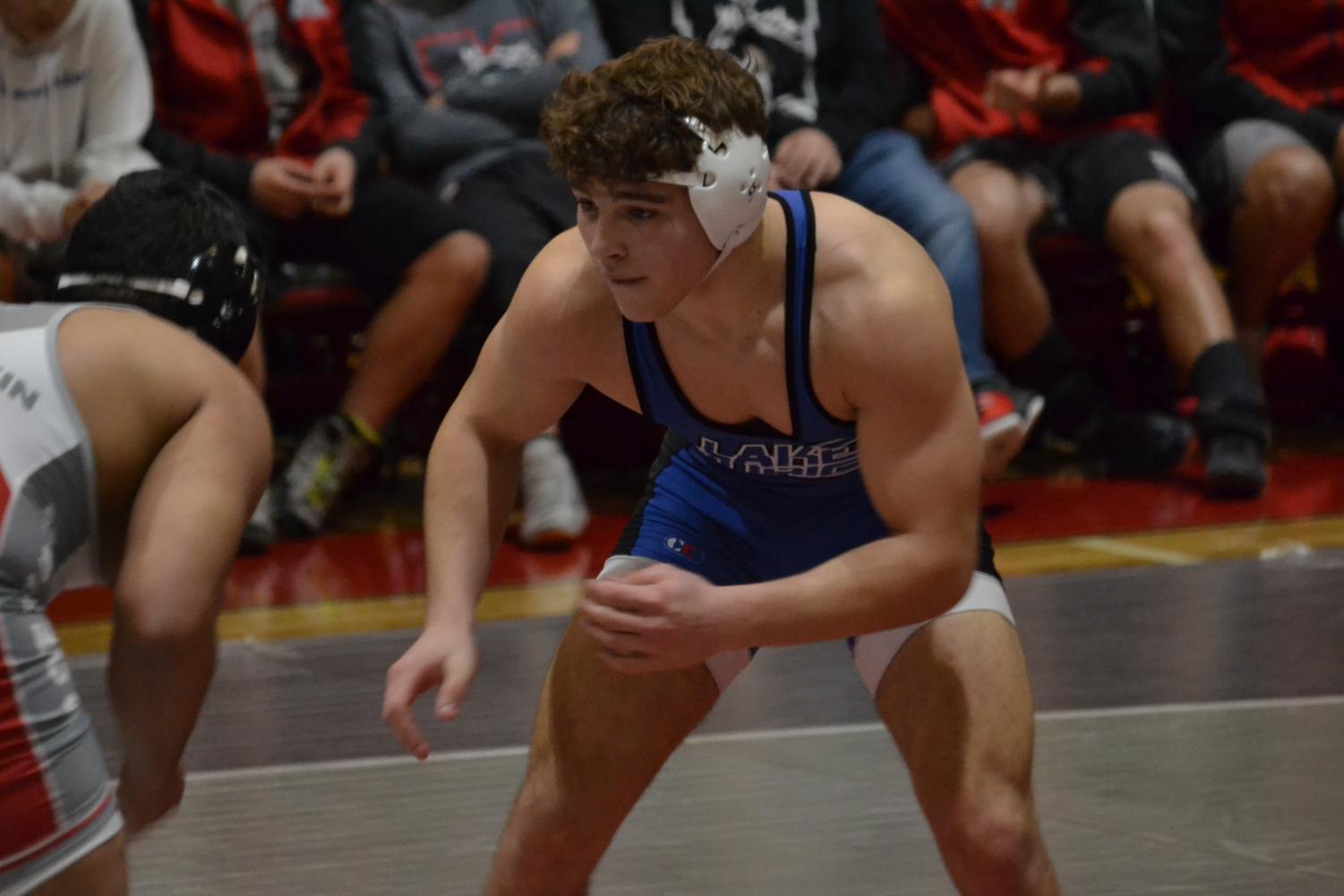 Joey Mrazek, senior wrestler, places fourth at the state tournament. After a “bittersweet ending” to his junior year season, Mrazek has achieved his goal of placing at state. (Photo by Photo used with permission of Joey Mrazek)

Joey Mrazek, senior wrestler, places fourth at the state tournament. After a “bittersweet ending” to his junior year season, Mrazek has achieved his goal of placing at state.

Photo by Photo used with permission of Joey Mrazek

With his last wrestling season at LZ at an end, Joey Mrazek, senior wrestler, has capped his high school career off with a fourth-place spot on the IHSA state podium.

“The blood round match was the biggest part of the weekend for me because after I won that match I realized ‘oh my gosh I just placed at state,'” Mrazek said, “and that’s when it kind of dawned on me that all of my goals for the season have been accomplished. I was able to step on the podium and call myself a state placer, and that was pretty cool.”

Although Mrazek’s final season rewarded him with the results he wanted, his journey to the podium was not so easy. Last year, he lost his state-qualifying match, but this year’s sectionals were a different story.

“It was a bittersweet ending because the goal was to make it to state,” Mrazek said, “But losing that match just motivated me throughout this whole year to try harder during practices, to be the hardest worker and that all paid off.”

For Mrazek, the road to state was a journey that began at the beginning of his season, at the Buffalo Grove tournament.

“I had a really hard finals match that I ended up winning and that’s when I realized that I can hang with some of the top guys in the state,” Mrazek said. “It was a confidence booster that set the tone for the rest of the year and after that, I kept telling myself  ‘Don’t back down from anyone.'”

But Mrazek’s commitment to the sport goes beyond his own matches. Throughout the past few years, Mrazek has not only put blood, sweat, and tears into his own training but also acted as a positive role model to his teammates.

“I just strive to be the hardest worker in the room. I think that the effort you put in is what you’re going to get. Your teammates, they see themselves off of your success. I like to strive to lead as an example, but it’s kind of up to them if they want to follow that.”

Similar to the way he hopes to lead his teammates, Mrazek says he had lots of support from his friends and family throughout his wrestling career.

Although Mrazek doesn’t have any plans to wrestle yet in college, five years from now he “[hopes] to be in graduate school for physical therapy and put academics first before I look into wrestling.”