3.5 /7.7 billion. In context, this fraction is the number of people worldwide who use social media on a daily basis, according ourworldindata.com. And while it comes as no surprise that social media is widely prevalent in today’s society, what exactly is the influence that it is having on highschoolers?

To investigate, Bear Facts spoke to two people on opposite ends of the social media spectrum- an ex-social media user, and a rising social media influencer- to get an insight into their experiences and opinions on the most popular platforms of today. 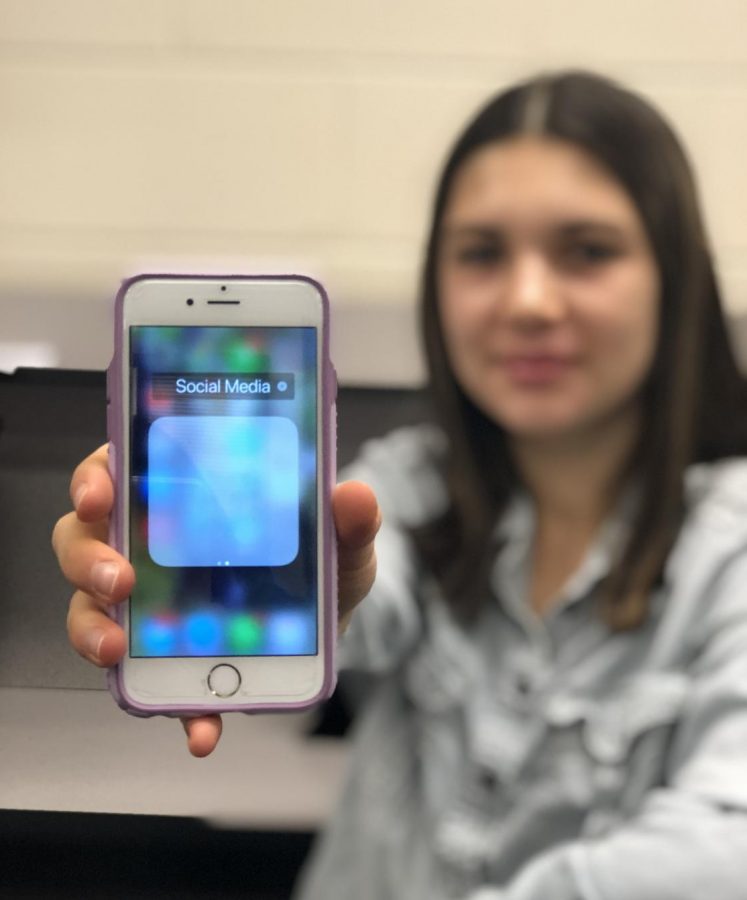 Sallie Gutt, senior, holds up an empty social media folder. Rather than communicating via social media platforms, Gutt says she prefers to talk to others in person.

“I had Instagram and I did actually use it quite a bit,” Gutt said. “But I realized when I was using it that I was more concerned about the likes that I was getting on posts, or whether or not someone commented, or whether people thought what I was doing was cool. I was just getting really obsessive with it.”

In addition to the anxiety that came with using social media, Gutt says that another reason she stopped using social media was because she would rather have more in-depth conversations with people in real life.

“If you make a post of your family at Christmas time or something, your friend might comment on it, saying [something] like, oh, you look great and stuff,” Gutt said. “But if you were to talk to them face-to-face about how you spent time with your family on Christmas, they probably wouldn’t be telling you that you looked great. They’d probably be asking you about how your Christmas was, which they probably wouldn’t be doing in the comments section.

For Gutt, this problem is one of the main downfalls of social media. For her, the impersonality of social media generates a disconnect between people and their environment.

45% of teenagers say they are online “almost constantly””

“Everybody is constantly on their phones, looking at posts, and they’re not really paying attention to what’s going on around them,” Gutt said. “I’m a very observant person, and I feel like a lot of people are missing things that are happening around them – interesting things that they can learn from – because of social media..”

This disconnect between people and their environment is only one of the problems Gutt sees with social media. Another concern that she has is for the problematic habits that social media platforms build within teenagers, such as over-sharing and judging based on first-impressions.

“The stereotypical impact [of social media] is seeing posts that are very unrealistic,” Gutt said. “For [horse] competitions, I’m seeing people younger than me competing at the highest levels and I feel bad sometimes, like “why can’t I do that?” But then with context, you realize it’s it’s because they have so much money and they can afford to train better or whatever the circumstances are, and that’s information you don’t get at first glance.”

However, even though Gutt currently stays away from social media, she admits there is a high possibility that she will return to platforms such as Instagram in the future. After all, she says that she often does feel like she is missing out on certain things, because “social media gives us so much insight into people’s lives, and if you don’t know that someone did something, then you can’t really ask about it.”

In addition, Gutt says that as a senior, social media will be the number one way to stay in contact with former classmates after graduation.

“Everyone’s graduating and going off to different places around the country, and there’s probably people you’re never going to see again, and that’s where I’m sure social media will come in, “ Gutt said. “It’ll be nice for people to connect and be able to see what everyone is doing and maybe at some point say, “ Hey, let’s get together and meet up again,” and that’s what social media should be for-  bringing people together.” 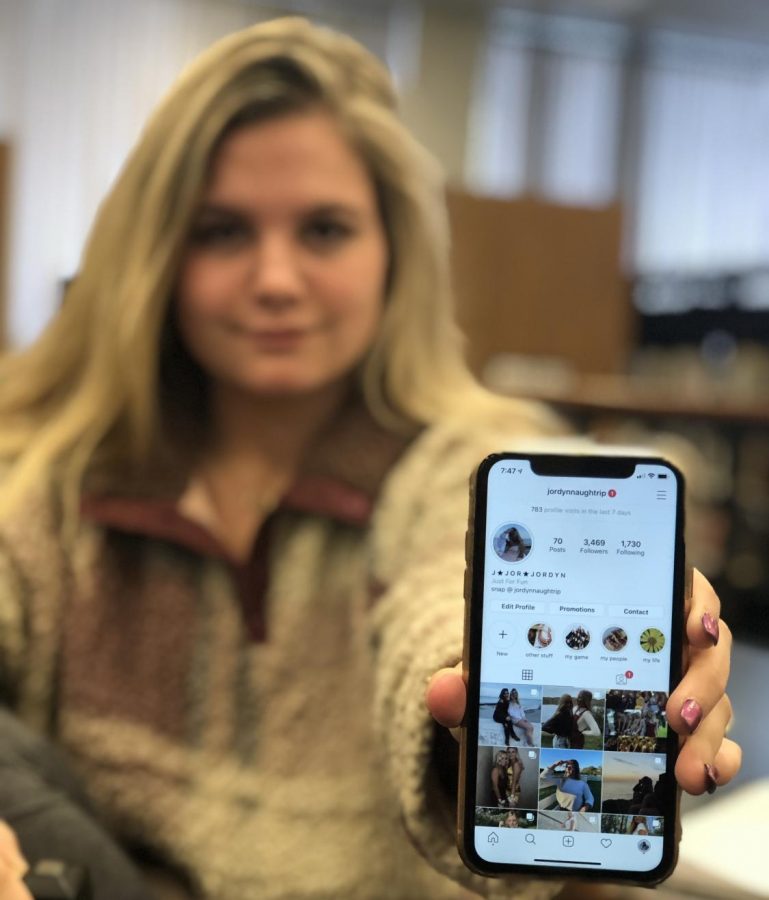 “[I want to be an Instagram influencer because] I want to spread this message that you don’t have to try hard to be yourself,” Naughtrip said. “I think everyone has been in a position where it’s so much easier to just conform and be someone that you’re skeptical about, but you’re going to go so much further understanding your values and your morals and being okay with them. It’s a message that I’ve learned from a lot of trial and error, and I’m still working on my self-image even now, but it’s a message that I want to share with people, and social media lets me do that.”

For Naughtrip, it is this connecting aspect of social media that draws her towards influencing on her Instagram platform.

“Whether it’s Instagram or Twitter or Snapchat, social media has just made communication a lot easier,” Naughtrip said. “It helps spread the word about people and situations and generates awareness for important causes, and it’s made expressing yourself and being creative and getting your name out there easier, too. You can connect with other people and different brands and different places that you’ve never encountered before and may never encounter if you hadn’t learned about it online.”

For Naughtrip, these possibilities were what helped her explore the world around her in a way that would have been impossible otherwise; they helped introduce her to new people and new friends.

“It’s amazing how you can take the time to put yourself behind your platforms, and really reach out to different types of people from hours or minutes away, and get more of a perspective about all sorts of things,” Naughtrip said. “I don’t know just people from Lake Zurich or Barrington and Stevenson; I know people from different states that have had major influences on my life and who have introduced me to all these different perspectives and ideas.”

57% of teens say they have met a new friend online”

Although usage of social media has allowed Naughtrip and many other people “little keys into other people’s life that help you get to know them better,” she acknowledges that there are downsides to the prevalent use of social media, such as its ability to alter self-image.

“A lot of people don’t have self-confidence and it takes years to learn, but if you look at people’s feeds and you only see the best parts of their lives, you’re like, oh, their life must be perfect, and that can destroy self-esteem,” Naughtrip said. “That and follower counts- they can both really hurt people. So although social media does create opportunities, it can be very disruptive, too.”

Even for Naughtrip, who has found a passion in influencing others via social media, the influences of platforms such as Instagram were not always positive. She admits that like many others, social media ruined her confidence, “but it also brought [my confidence back],” Naughtrip said. “It’s given me the opportunity to do what I want and be who I want.”