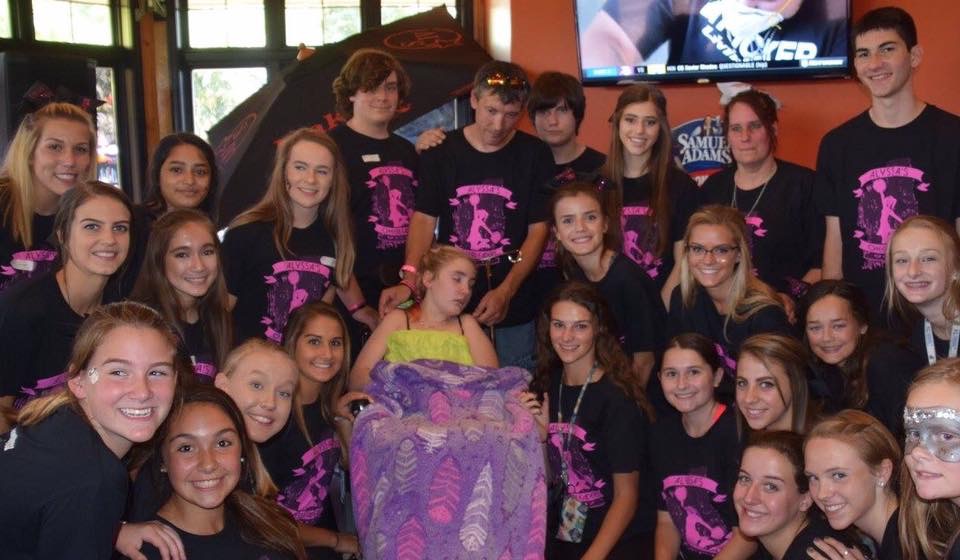 LZHS cheerleaders surround Alyssa during the fundraiser at BBQ Productions, after she was just announced as an honorary cheerleader.

LZHS cheerleaders surround Alyssa during the fundraiser at BBQ Productions, after she was just announced as an honorary cheerleader.

Alyssa’s Journey: How an everyday virus changed the life of a typical teenage girl

Alyssa Matney’s story starts as any other viruses would have started for any child, but things took a turn for the worst making it every parent’s worst nightmare.

Alyssa was just your everyday Lake Zurich local bubbly teenage cheerleader at Middle School North, according to Leah Cunningham, freshman and close friend to Alyssa.  According to Cunningham, she was always happiest when surrounded by her friends.

“Alyssa was always very energetic, always on top of her game, and a very positive person.  She never put anyone down.  She was very selfless and always put others before herself.  Our personalities just clicked so well, because we are both very loud and funny,” Sema Hasanof, freshman and another close friend of Alyssa, said.  “She worked so hard at everything she did.”

Then out of the blue, Alyssa contracted severe cases of everyday viruses.

“She was diagnosed with severe cases of strep throat and mono on October 18th, 2016.  She went to the hospital to get medication, but things were escalating and not getting any better.  [The doctors] then went in to do a simple procedure, but ended up having major complications.  Alyssa went into [cardiac arrest] and was put on life support,” Hasanof said.  “Now, she is suffering from brain damage and is also in a wheelchair.”

According to the official Alyssa’s Journey Facebook page, immediately after being put on life support, Alyssa was transferred to a children’s hospital where she would remain on life support for four more weeks.  During these weeks, the doctors and Matney family had found out that Alyssa’s brain had been severely deprived of oxygen giving her an Anoxic Brain Injury.  Anoxic Brain Injuries are very serious and life-threatening injuries that can cause cognitive problems and disabilities.

Cunningham explains how since her and Hasanof found out about the seriousness of the situation before others did.

Hasanof also explains how she and Alyssa’s peers felt in the beginning.

“At first, it was just strep and mono and there are medicines [to cure] that, so everyone thought she was gonna be okay.  Yet, we also knew the severity of [her condition] so we always knew in the back of our heads that something could go wrong,” Hasanof said.  “But, you never think that something that bad and that scary is going to happen to you or someone that you consider family.  It seems like something that would only happen in a TV show, but it happened to us.  Nobody understood the full severity of the situation.”

To help with the expensive treatments, on September 17th, 2017, the community of Lake Zurich came together at BBQ Productions to raise money for the Matney family.  At the fundraiser, there were raffle tickets and baskets, silent auctions, and great BBQ food.  The fundraiser brought in many from not only Lake Zurich, but surrounding areas as well.

Raising money was not the only benefit from the fundraiser.  Alyssa was announced as an honorary LZHS cheerleader.  She was given a uniform and will cheer on the sidelines at the Homecoming game at home versus Libertyville on October 13th.

One Response to “Alyssa’s Journey: How an everyday virus changed the life of a typical teenage girl”