The influence of homework on mental health 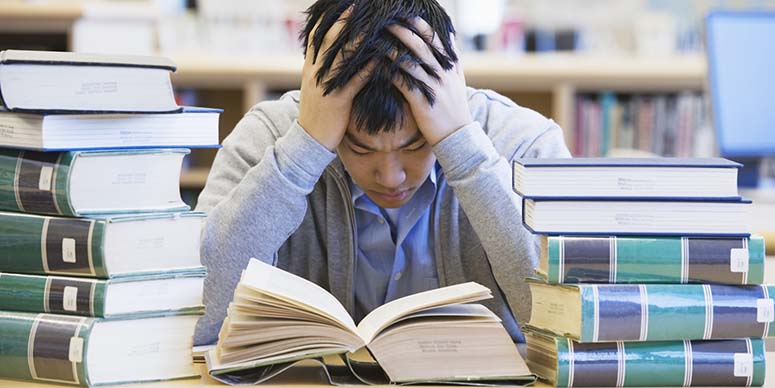 Used with permission of https://collegecountdown.scholarshare529.com/student-life/3-steps-to-manage-stress/

If you have a packed schedule, you probably have a lot of homework. A lot of homework causes students to be extremely stressed and can also be the cause of lack of sleep.

I am not even going to lie, I am so glad I am done with high school. I will admit that sometimes I’m dramatic, but can I just say, there are parts of high school I will not miss. Homework is probably the top of that list. As is the stress of balancing everything and ignoring my health.

It might not be shocking to students to learn that “56 percent of the students considered homework a primary source of stress,”according to a study reported by Stanford News.. The study went on to report “43 percent viewed tests as a primary stressor, while 33 percent put the pressure to get good grades in that category.” So, yeah, we’re a bunch of stressed out students. But a heavy load of homework puts extra pressure on students and does not allow them to focus on their mental and physical health because they are busy maintaining their grades.

For me, I’ve forced my body to adjust to the extreme workload I had every year. I skipped lunch for three years of high school to take all the classes I wanted and I still wanted to actively participate in clubs, such as drama club, where I had to prepare for musicals. While it was challenging, I felt I had no choice because I was determined to do my best in school.

I also felt I had no choice but to run on caffeine everyday to make sure I would not fall asleep during school and while I was doing my homework. I solely blamed my poor physical health on the fact that I didn’t exercise, not even considering my sleep schedule. I brushed off everyone’s suggestions to take care of myself and take easier classes because I thought I could handle them with relative ease.

Sleep is essential for students to perform well in school because “Part of the stress comes from the lack of sleep that too much homework can bring, according to the Better Sleep Council. 57 percent of teenagers said they don’t get enough sleep and 67 percent said they get about five to seven hours a night, under the recommended average,” according to an article reported by NBS San Diego.

I admit, procrastination was an issue that I had difficulty overcoming. When the Bachelor was on, I wanted to watch the episode, knowing it was going to be about two hours long. My phone also served as a constant distraction, especially the chime of the Snapchat notification.

But as a senior, I’ve learned a lot through the mistakes I’ve made throughout the year. While it’s difficult, I would turn “do not disturb” on my phone and leave it outside my room. I would refrain from watching one more episode of The Vampire Diaries. I downloaded a Korean studying app called “Yeolpumta,” which helped me plan for all my test dates, recorded how long I studied for each subject, and compared me to other students studying worldwide.

I used to be a strong believer in doing all my homework over the weekend, but it’s easier to deal with it if you don’t shove it all in on Sunday. I realized that I like hanging out with my friends over the weekend and because of that, it’s hard to balance homework on the weekends as well. Even if I don’t want to do it, I do bits and pieces throughout the weekday, even Friday, to make sure I am not flooded over the weekend.

I hope students now don’t overwork themselves and are able to properly manage their time. I know homework is awful, but if anyone has the spare time to do it, I would get it done as quickly as possible so there’s more time for sleep. As for me, I know going into college won’t make the homework load any less, but I plan to learn from my mistakes in high school and have a healthy college lifestyle.