LZ: a bubble of privilege and prosperity

The dangers of the wealthy suburban perspective 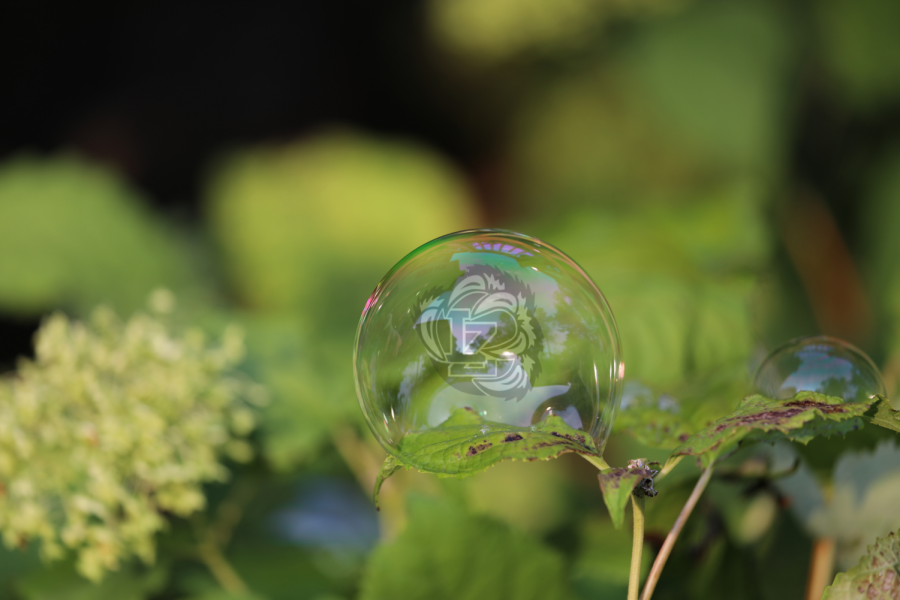 Listening to other perspectives helps pop the "LZ bubble." Due to the privileged upbringings of a majority of community members, it is important to understand that the security, wealth, and relative ease of LZ life is not universal.

2020 has mercilessly exposed the inequalities of privilege between Lake Zurich and the rest of America. As a suburban community with a relative lack of diversity, those who grow up in Lake Zurich are accustomed to a bubble of safety, wealth, and resources. This environment influences Lake Zurich students’ reactions to COVID-19 and the quarantine that took away their in-person learning. And as expressions of systemic racism became uncensored with the Black Lives Matter movement, many Lake Zurich students may have felt as if a protective blindfold hiding such matters was rudely ripped away.

Privilege (n): a special right, advantage, or immunity granted or available only to a particular person or group.

Systemic racism and access to quality health insurance aren’t things most Lake Zurich students think about often. Lake Zurich’s demography, ethnicity, and wealth grant “immunity” from these issues. This “immunity” can hinder people from gaining a well-rounded understanding of racial and economic disparity in our country. It’s beyond crucial for Lake Zurich students to understand that Lake Zurich as a community is not reflective of the world. Students should actively seek to recognize their privilege in everyday situations, and so gain empathy for those less fortunate. Only then will students be able to call out injustice when they see it.

Nikko Gajowniczek, junior, says the biggest factors that create the “bubble” effect are safety and money, as Lake Zurich residents are wealthy enough to pay higher taxes for better services. Considering the average household income in Lake Zurich in 2017 was $111,651 (according to Data USA), compared to the national American average of $63,179 (according to the US Census Bureau 2018), wealth likely plays a key role in the bubble effect.

Because of their economic status, Lake Zurich residents may take things for granted that would be considered luxuries in less privileged communities. Gajowniczek recognizes that he “definitely take[s] a lot for granted” in his life. About two billion people in the world experience moderate or severe food insecurity (according to the Food and Agriculture Organization 2018), yet Gajowniczek says, “I wake up and I can choose like five different breakfasts that I can have. Even something small like that doesn’t exist in some parts of the world, and different neighborhoods with lower economies.” Even for Lake Zurich families that are food insecure, District 95 was still able to provide aid through high school meal pick-ups during quarantine.

Lake Zurich’s wealth and ample resources came in handy when the COVID-19 pandemic hit in the middle of March 2020. Students didn’t have to worry about how school would be able to continue online; they just assumed the district would be able to make it happen. E-learning for District 95 schools went more smoothly than other schools because of Lake Zurich’s ability to provide every single student with an iPad, according to Kim Ferraro, social studies teacher. Additionally, Ferraro says her individual privilege made the pandemic easier for her than for other teachers and essential workers across the nation.

“I’m privileged right now. I’m able to be on my computer, I’m able to work from home, I’m able to social distance,” Ferraro said. “You have many others that can’t do that, and have to leave their houses and […] expose themselves to the dangers of COVID-19 […]. I’m very fortunate I’m able to do my job, and be home and be safe and still try to be connected with my students while I’m teaching remotely.”

Lake Zurich’s resources played a positive role with the logistics of online learning, so families were spared from having to worry about how students would continue their education. Instead, they could wait out the quarantine in a bubble of technology and prosperous stockpiles of food. Many families had WiFi, and parents were able to work from home, limiting their exposure and reducing their worries about who would watch their children. But this protective little bubble may have obstructed some people’s ability to take COVID-19 as seriously as was necessary. Gajowniczek noticed negative social impacts of LZ values impacting students’ behavior during the pandemic.

Gajowniczek says the students partying during the pandemic were “only thinking about themselves.” The point isn’t that Lake Zurich students are simply selfish people, it’s that the privilege they grow up with may be allowing them to not worry about getting sick as much. In a less dense population with the money to pay for health services if they needed it, contracting COVID-19 may not have seemed as scary.

“We’ve only thought of ourselves for our entire lives because we don’t have to worry. We don’t think we have to worry about what’s going on elsewhere, where things are worse. We took for granted our freedom and tried to express it, even though we should be caring about the health and safety of other people rather than ourselves,” Gajowniczek said.

This mindset wasn’t necessarily unique to Lake Zurich. Gajowniczek says it may be caused by the spread of misinformation. As social media becomes a vessel for breaking news, students may be having a hard time separating facts from bias (and medical experts from politicians).

“People believed different statistics that all proved what they wanted them to prove,” Gajowniczek said. “If you wanted to go out, you could find a statistic that says that it’s okay to go out.”

To combat the spread of misinformation in a tight-knit community connected globally by social media, Ferraro made sure to get information from credible doctors and epidemiologists.

“I want to make sure I am accessing the experts that know what they’re talking about,” Ferraro said.

With the unfortunate politicization of COVID-19, many people have lost sight of the true goal behind every virus-controlling measure being taken: lowering the number of cases, therefore lowering the number of deaths. To decide what sort of precautions to personally take, one needs more than statistics; one also needs common sense.

Besides the privilege of wealth and safety, 84% (according to Data USA) of Lake Zurich residents also have another kind of privilege, one that has been violently brought to light in 2020: white privilege. In Lake Zurich, it’s hard to miss. In the midst of the Black Lives Matter movement, Gajowniczek says many Lake Zurich students’ positive experiences with police likely influenced their reactions and responses.

“We get pulled over for speeding instead of getting stopped walking down the street. That doesn’t happen in Lake Zurich, compared to what happens in big cities,” Gajowniczek said.

Ferraro was proud to see former and current LZHS students “rightfully upset” by George Floyd’s death. But the danger of only getting the Lake Zurich perspective was apparent to her. She urges students to get their information from multiple sources, “whether that’s on TV stations, whether that’s on radio, whether that’s newspaper print, social media; you want to expose yourself to other news sources and other perspectives,” Ferraro said. “I think when you listen and see the full fledged view, it’s easier to kind of pop the bubble.”

For some, the Lake Zurich bubble may have popped this year. But others might not be there yet. According to Ferraro, inability to “pop the bubble” is due to discomfort.

“It’s very easy and comfortable to stay within your bubble,” Ferraro said. “Whether that’s politically staying inside your bubble, I mean it could be racially, ethnically within a bubble, it could be any of those personal indicators that make it easy.”

To get other perspectives and “pop the bubble,” Ferraro says listening to others is just as important, if not more so, than exposure.

Gajowniczek hopes the Black Lives Matter movement “provided some insight into how differently some people are treated in this country. I do think it did improve people’s views of their privilege.”

The Lake Zurich perspective can give students the impression that most people’s lives are somewhat like theirs. But many Lake Zurich residents won’t personally experience being racially profiled, or worrying where their next meal will come from. Nonetheless, ignorance isn’t always bliss. Recognizing privilege is the first step to dismantling systems of oppression. Although social media exposes us to the world’s issues, most Lake Zurich residents still live, work, and study in a bubble of privilege.