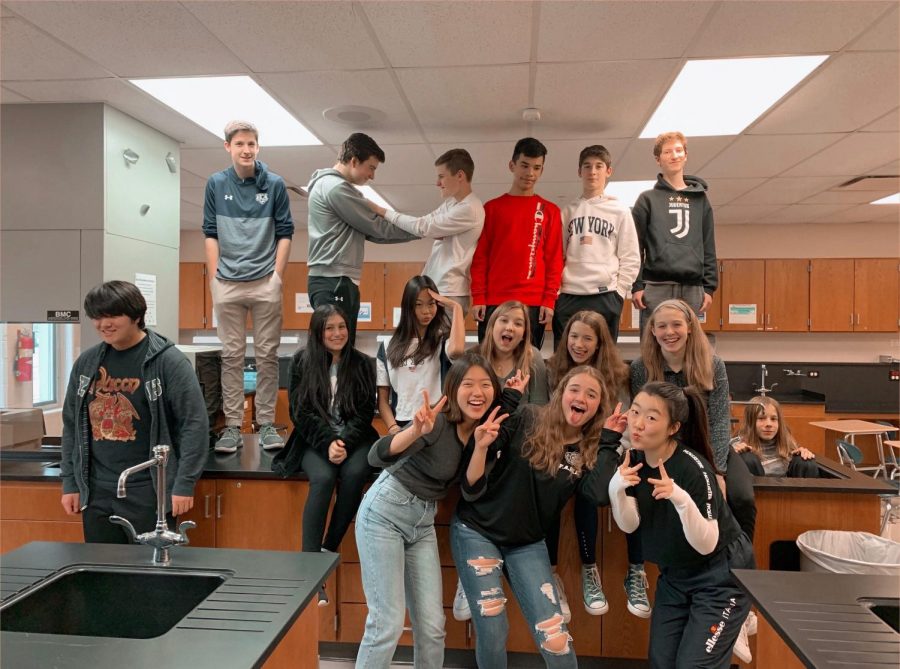 and used with permission of Rachael Lee

Up until last year, FAME was a class where freshmen and upperclassmen could get to know each other face-to-face. However, FAME leaders now have to think creatively to engage freshmen.

With COVID-19 disrupting the classroom setting, FAME leaders are forced to think outside of the box to teach and have fun with their freshmen class. Before, leaders and students could interact with each other and treats could be passed out to help the freshmen stay on task.

FAME provides an opportunity for freshmen to transition into high school with the upperclassmen’s guidance and be able to build a bond with them. However, with some behind a screen, leaders are finding it difficult to make FAME both a learning experience and an exciting period to come to.

“Coming into FAME this year I expected to be able to form relationships with the freshmen because usually, I’m pretty good at talking to people one-on-one. Obviously, that didn’t really work out too well. It’s a struggle trying to talk to them mostly because they don’t really know you and stay muted the entire time,” Mauricio Banuelos, junior and leader, said.

Banuelos says he intends to find methods to keep the freshmen engaged. He said some difficulties he faces are “just keeping the class going and not having moments where there’s nothing to talk about.” With the freshmen on mute, there could be some “awkward silence.”

“For the most part, it’s trying to keep the freshmen engaged. I know if I were in their position sitting through a lesson over Zoom I would try to get away with not paying attention. I want to make it something they want to come to and make it feel more like a break in their day other than just another class,” Banuelos said.

Without the typical classroom setting, Banuelos and Katie Zolnierek, senior and leader,  are having difficulty trying to communicate to properly teach the lesson. To prevent leaders from cutting each other off on Zoom, they adapt to the new learning environment by interacting with each other through social media and text, said Zolnierek.

“I have adapted to teaching online FAME by taking methods from my other teachers to try to engage my freshmen the same way. I’ve been talking to my other leaders on Snapchat before class every day to try to make sure we don’t talk over each other and so we can figure out who’s saying what,” Zolnierek said.

Banuelos and Zolnierek want to get closer to their freshmen class and help them out with the struggles they face with school or friends. Some methods to motivate the freshmen such as “letting them sit with their friends to get them to talk more or bringing them candy on Thursday’s if they had a good week” do not work over Zoom, said Zolnierek.

“It’s hard to get to know the freshmen really well without the time before or during class where I could just walk around the room and talk to them. It’s also hard to get close to the other leaders because we don’t have that time every day to get to talk and bond,” Zolnierek said.

Banuelos said he can’t interact with the freshmen one-on-one on Zoom calls but he tries to share stories about himself to open up his freshmen class,

“In our classes, we try to tell stories about ourselves because most of them don’t talk too much. This way they learn more about us and hopefully will start to chime in every now and then,” Banuelos said.